The Natural History Museum, one of my favourite buildings in London.

Born on a Wisconsin farm in 1868, Edward Sheriff Curtis grew up to become a commercial photographer in Seattle. In 1895 he photographed Princess Angeline, the daughter of the Duwamish chief Seattle, for whom the city was named.

That encounter sparked Curtis’ lifelong fascination with the cultures and lives of Native American tribes. He soon joined expeditions to visit tribes in Alaska and Montana.

Simon Otto discusses animating for ‘How to train a dragon’.

Kurt Vonnegut talks about the shape of stories…

She’s a sleeping beauty situated in the midst of a large wood, surrounded by a medieval moat in the town of Les Trois-Moutiers in the Poitou-Charentes region of France.

I’ve been informed that these particular shots come from John Pilkington’s  Flickr album. 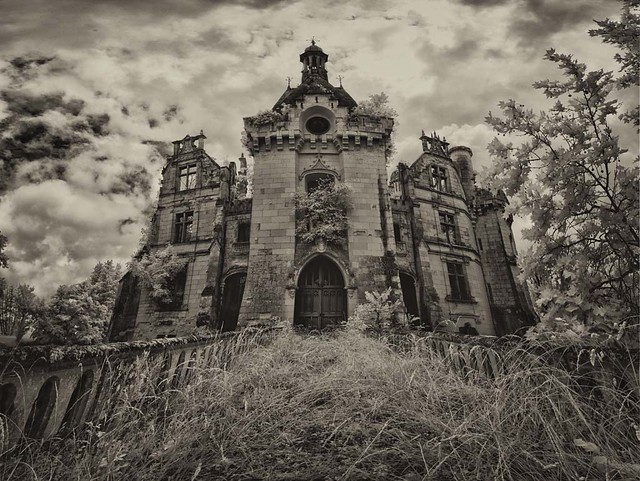 Sounds like something from a sci fi fantasy film, but you can find it in Croatia.

The Sea organ is an architectural object located in Zadar, Croatia and an experimental musical instrument which plays music by way of sea waves and tubes located underneath a set of large marble steps. The waves create somewhat random but harmonic sounds. The device was made by the architect Nikola Bašić as part of the project to redesign the new city coast (Nova riva), and the site was opened to the public on 15 April 2005.

Lovely idea about passing advice on to ones younger than you as we progress through the age spectrum. You get a real sense of our age stages and the things we think are important.